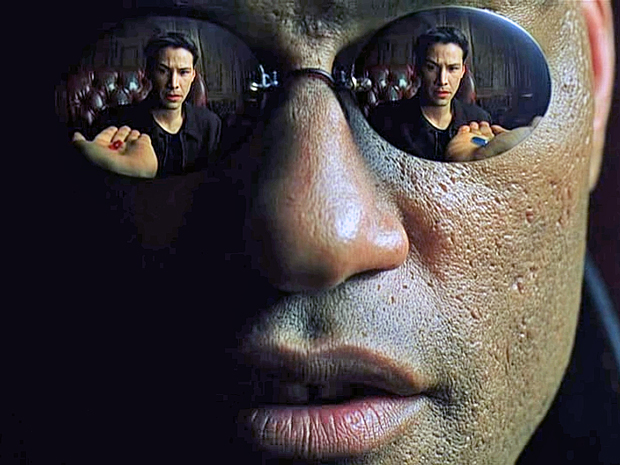 Are we all just slaves of a Matrix System? It seems that you and I are living in the slavery of a weird, System. And we are running on just in the same direction the system directs us to? We do not think, do not try to understand what the human life is all about; and potentialities of our existence. This precious life has been rendered futile by mindlessly going round and round in this rut: Eating, drinking, having sex and ultimately dying hopelessly. But now the time has come when the human being is awakening. It is a new era for the whole humanity, this earth and the existence!

Why are We Running Around in the Same Circle?

Did you ever take note that you were born, fed and raised under a system–a Matrix? The same system which we think is absolutely right for us, for example, you are brought up in the same old pattern: What to eat and drink, the way you dress up, manly dress and womanly dress etc. Once you grow up, you sent those same schools where the so called knowledge is poured in your mind. You are asked to cram and memorize such a subject which you do not have remotest interest in. You think that what they teaches you is the only best. So the scope of the brain is limited. ln such a situation, humans can not imagine the unlimited capabilities we have – this is the Matrix system.

Whose Servants are You?

You are engaged in the blind run of getting the job of a doctor, engineer or accountant because this is the system – The Matrix System | Thinking different runs the risk of being called crazy. Even if you think slightly of anything against this system, then you will suffer in poverty, neglect or crazed life time. This system does not appreciate independent mind, it is unnecessary for the Matrix. Only one out a hundred artists or independent minded people can survive in this world.

Whose Conspiracy Behind This Matrix?

Do you sometimes feel that there is a big conspiracy behind this system or matrix? You spend all your life in the slavery of a handful of people. You are blindly working day and night for those people you can not even think of, forget about even knowing them. You work like a dog but your boss takes way twenty times your salary. That is the Matrix System robbing you of your priceless life.

When Will You Wake up?

Then one penultimate day when this thought flashes in your mind: “Hey, I have spent all my life in the blind rat race.” By then it is too late. At that moment you are very close to your grave, game is up, now not enough time even to repent!

Will the System Try to Enslave Us?

The matter becomes even more serious when we will become victims of such mechanical matrix, a web of Artificial Intelligence System. It is not just a fantasy but it is the truth of the near future. It is being said that by the year 2050 artificial intelligence will have developed so much that machines will be able to think and behave even better than the human brain. Hence, it is a high possibility that the machine can try to make us slaves. Then it is a warning sign of a horrible crisis for the mankind–brought about by the Matrix.

Has the Technology Always Harmed Us?

If we look back a bit, we will find that we have lost more from the development of technology. We received only deficiencies, health problems such as obesity-related diseases. Regrettably, the indiscriminate exploitation of the environment, and the huge piling of weapons of mass destruction is what we got from science. With WMD, a crazy person can destroy in a flash the entire human race and this earth by just pressing one button. Therefore, just imagine what an Artificially Intelligent Robot’s berserk brain could do? What if robots created a Matrix system and grouped against humans …?

And as we have already thought, what if we start getting exploited humans by Matrix system or Web of Artificial Intelligence System? And that systems shows the truth to human beings far away from the reality. Then would not we consider as truth the artificial reality created by the Matrix system?

Wake Up to What–The Matrix System?

Is That Path So Easy?

Is this way so easy? No, the strengths behind this system or matrix will not leave you so easily? Can a single person dare to confront the entire Matrix system? Will the lone ranger get any support, ally or love on his walk on fire? The questions are many but this fiery path is certainly fraught with hazards . However, is there a limit to the truth or the time of truth is no more?

The above articles is inspired by the Hollywood film The Matrix, in which some such hypotheses have been woven in the story. This Sci-Fi, drama, action, martial art & adventure film, using the mind boggling imagination has created a world which is a incredible but absolutely believable. This film made in 1999, has its own Style, Visual Effects, Martial Art Fights and it is a Modern Sci-Fi Classic which conveys deep philosophy.

Thomas A. Anderson is a common computer worker during the day and a hacker called “Neo” at night. He always doubts his reality, but the truth is beyond his imagination. Then one day police goes after Neo, because “Morpheus” (a well-known computer hacker who is declared a terrorist) approaches him.

Morpheus shows Neo a glimpse of the real world: Our earth has been destroyed by machines and where most human are helpless in possession of machines. And these machines keep on absorbing the heat and electrical energy of the human body. These machines have captured the minds of humans and has placed an artificial reality called Matrix in their mind. Neo will have return to the matrix and fight with the agents of the machines to finish the system that is determined to crush the Neo and the entire human society.

Many award-winning film matrix (The Matrix 1999) seems equally effective even after about 20 years. Check out its trailer below:

For details of The Matrix, visit: The Matrix. Although the film is set in the future, the story of an event that happened nearly 5000 years ago in the past is quite similar to it. Read this: The Mahabharata war